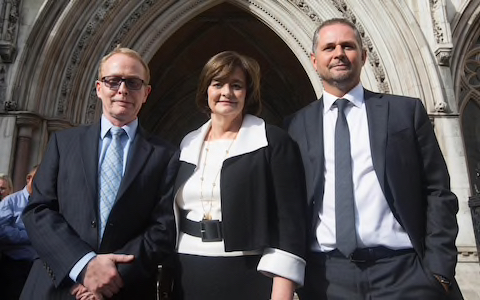 The High Court has dismissed a legal challenge brought by landlords Steven Bolton and Chris Cooper, who were fighting the proposed tax changes that will prevent BTL landlords from deducting mortgage interest costs from their rental income before calculating taxable profit. They argued that the tax changes - due to be introduced in 2017 - amount to an unfair tax on landlords and will force up rents and costs for tenants, possibly leaving many homeless and without the means to pay for increased rental values.

In a ruling that has angered Bolton, Cooper and the group of around 700 landlords and letting agents who supported the claim and financed it through crowdfunding, Mr Justice Dingemans said, 'It would be a miserable spectacle to watch a case that is bound to fail.'

In a joint statement given immediately after the ruling, Mr Bolton and Mr Cooper said: 'We are outraged by the Court’s decision today. It has completely missed the opportunity to protect tenants, landlords and the housing market from the disastrous consequences of Section 24.

'From April 2017 the negative impact of this previously failed tax experiment from Ireland - where rents increased by 50% over a three year period - will be felt far and wide. Sadly it will be tenants who are hit hardest; they are set to see unprecedented rent increases over the coming months and years, which will be a very clear and direct consequence of this ludicrous legislation. For many, it will also mean the loss of their homes because vast numbers of landlords will be forced to exit the market. Hard-working, responsible landlords will have their pension plans in ruins, but the large corporations and the wealthiest in society, who can buy property without the need for mortgage finance, are systematically excluded from this unfair tax policy.

'Now that the legal route has run its course, we will be focussing 100% of our attention and resources on taking our case more forcefully, more powerfully and more directly, right to the heart of Government. Our goal is simple: to abolish this tax or to remove the retrospective nature of it. We will be launching a range of lobbying, media and grass-roots activism measures over the coming days and weeks. We will also be encouraging all of our landlords to write to their tenants if they have to increase their rents or sell up, clearly explaining that it is this Conservative tax policy that has forced them into this situation.'

To read more about the Tenant Tax campaign and how the tax changes will affect you, visit the website here.